שדות חיפוש חופשי
קטגוריות
דרגות
יחידות
איזורים
תקופות
[    ]
So how can you take part?
Invite us to a lecture or parlor meeting in your own home, for an open dialogue with your family and friends, in order to learn more about us and the mission we were sent to carry out.
info@bts.org.il
Come with us to the occupied territories and see the reality for yourself. Join a tour guided by soldiers who've served there.
click here for details on our next tour
Our activities are made possible by donations from people like you. Help us continue and break the silence. Any donation, Big or small, contributes to our work.
Donate today!

‹ Back to Breaking the Silence FAQ 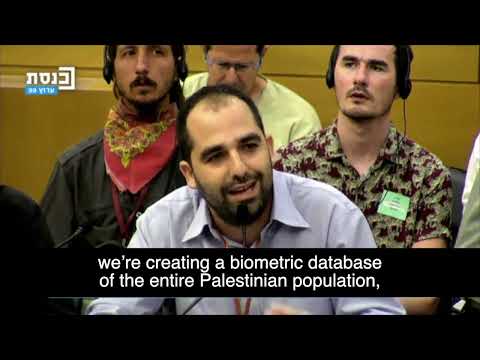 Silence is not an option. Donate today

The UK Jewish community is right to be outraged. But the rise of the Jewish supremacist far-right has been years in the making


"As one generation of young Israeli soldiers after the next is sent to uphold a system of violent military rule over the Palestinian population and to actively deprive it of basic rights, it’s not surprising that so many of my fellow Israeli citizens have come to internalise the idea that Palestinians on either side of the Green Line simply aren’t equal to us."

The faceless mass: On being at the forefront of the IDF's bureaucratic violence


Hundreds of people came to see me at the reception window every day. Multiply that by weeks, months – and yet, I can’t remember a single face. They were a foreign mass – faceless, indistinguishable – whereas I, belying the euphemistic pretenses of the term “Civil Administration,” was part of a mechanism of military control.