שדות חיפוש חופשי
קטגוריות
דרגות
יחידות
איזורים
תקופות
catalog number: 91296
categories:
[ Breaking the Silence ]
[ Videos ]
[    ]
So how can you take part?
Invite us to a lecture or parlor meeting in your own home, for an open dialogue with your family and friends, in order to learn more about us and the mission we were sent to carry out.
info@bts.org.il
Come with us to the occupied territories and see the reality for yourself. Join a tour guided by soldiers who've served there.
click here for details on our next tour
Our activities are made possible by donations from people like you. Help us continue and break the silence. Any donation, Big or small, contributes to our work.
Donate today!

If Baruch Goldstein were to arise today from within the lavish tomb built to coammemorate him in the Meir Kahane public park in Kiryat Arba, there is no doubt he would be proud of the reality that currently engulfs Hebron. Twenty-two years after the massacre he committed in the Cave of the Patriarchs, the city of Hebron is itself a tragic monument to the fact that we have stopped bothering ourselves with questions of morality.

This week marks twenty-two years since that massacre. As soldiers who served in Hebron, we are well aware of the impact that this horrible crime had on this Palestinian city – it was changed forever.

On the morning of February 25th 1994, during the Muslim month of Ramadan, Dr. Baruch Goldstein – a settler from Kiryat Arba – entered the Cave of the Patriarchs (Ibrahimi Mosque), located in the center of Hebron. Armed with a Galil rifle, he opened fire. Within seconds, the site’s prayer hall was transformed into a slaughterhouse. Twenty-nine people were killed, 125 wounded. All Palestinians.

The initial response of the State of Israel and the IDF to this act was imposing limitations on the movement of the city’s Palestinian residents, due to fear of retaliation. Shops were shuttered and sealed, streets were closed to Palestinian movement, and a two-month curfew was imposed on the city – no entry, no exit.

From then and till today, the situation in Hebron has only declined: the movement restrictions that were applied in 1994 have been fortified and enhanced throughout the decades. The start of the Second Intifada saw Hebron transform into the ghost city that it is today. Some 1,800 shops in the city’s center now stand shuttered, abandoned due to the limitations on movement; 80% of the Palestinians who reside in the city’s center – which is under IDF control – live below the poverty line; Palestinian violence is burgeoning; eighteen IDF checkpoints are spread across the city; and at any given moment, 650 IDF soldiers are defending under 1,000 settlers who reside in the heart of a Palestinian city.

In Hebron, Goldstein’s terrorism has won.

Like an entire generation of soldiers before us, we too were sent to defend these settlers, who live in the center of the West Bank’s second largest Palestinian city. For twenty-two years now, we IDF soldiers have been charged with upholding a reality of closing shops and sealing streets to Palestinian movement, a reality of expulsion and oppression. 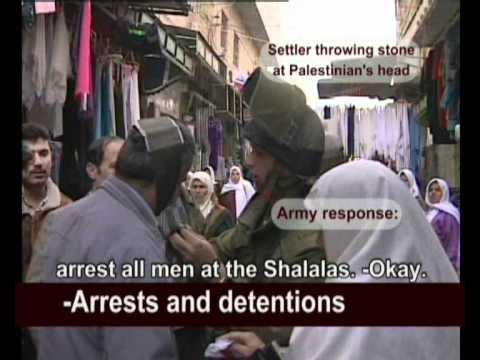 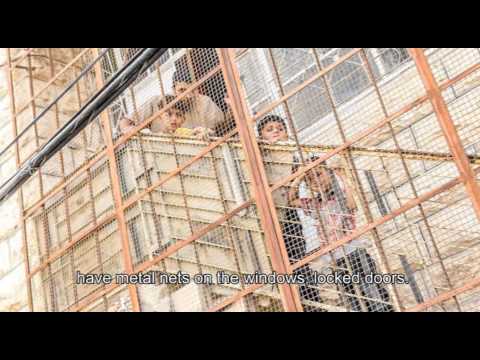 20 years since the Goldstein massacre - Seperation policy in Hebron 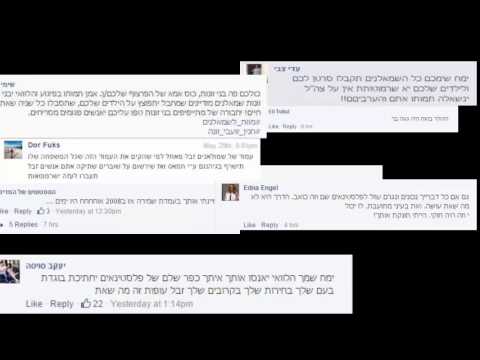